NIPPONIA TOMO PORT TOWN is an inn that was built with the local community.
The friendly townspeople of Tomo, who love their town, the sea and their festivals,
are waiting to welcome you with the innkeepers.
You are sure to come to love Tomo more once you meet them and hear their stories.

NIPPONIA TOMO PORT TOWN is an inn that was built with the local community.
The friendly townspeople of Tomo, who love their town, the sea and their festivals,
are waiting to welcome you with the innkeepers.
You are sure to come to love Tomo more once you meet them and hear their stories. 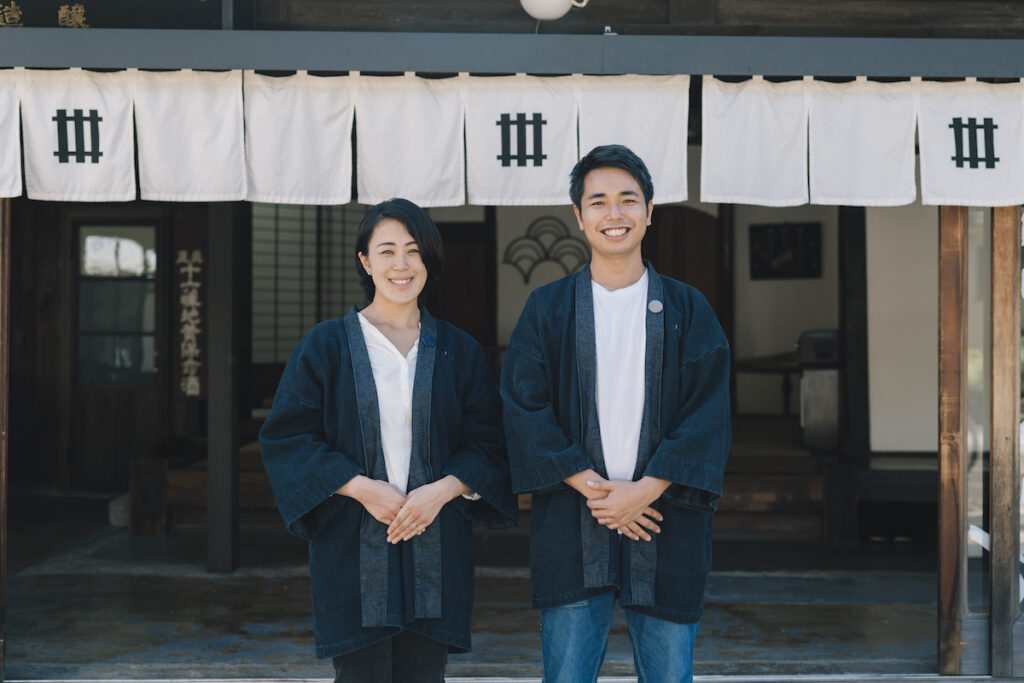 When people feel nostalgic, they can remember the warm connections they feel with other people that they may have forgotten. Tomo is a town with this atmosphere. At NIPPONIA TOMO PORT TOWN, you will feel like you fit in as one of the locals, even if just staying for a day. The innkeepers will be your neighbours during your stay and help ensure you enjoy your time spent in Tomo. Let yourself be steered by nature and enjoy your time in this peaceful port town, just as the ships of the past followed the night lights into Tomo and waited for a favourable tide. 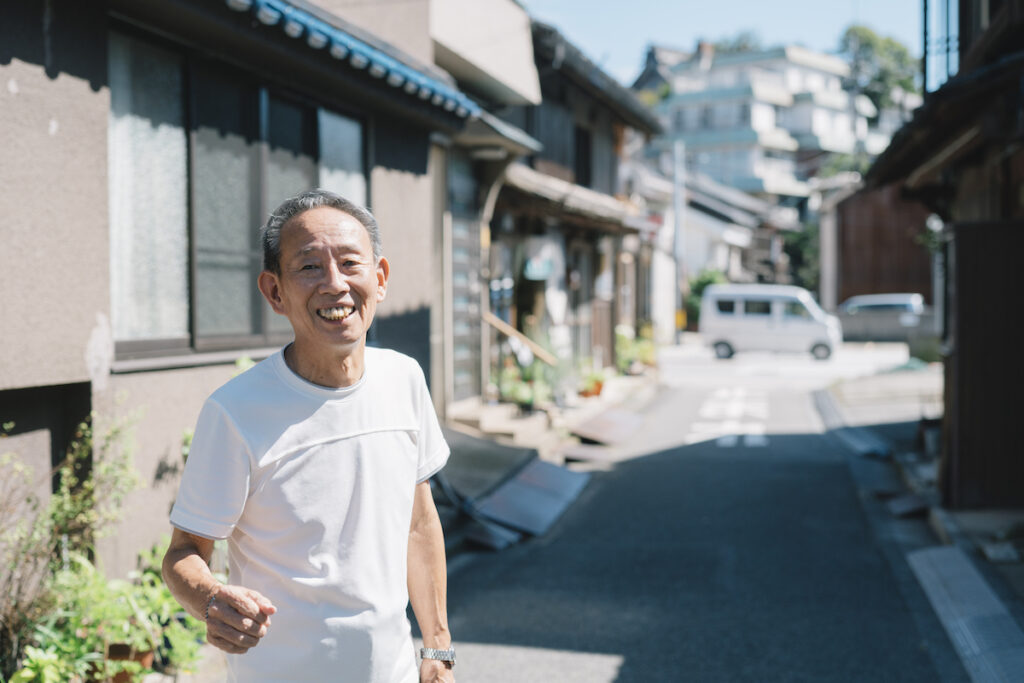 There isn’t a person in Tomo who doesn’t know Tsūdō Hiroaki, a local celebrity known for being the director of the Tomonoura Museum of History and Folklore in Fukuyama City. He will be your walking guide to escort you on your Tomosanpo Walking Tour to your room from the front desk after check-in. You won’t be taken past any of the typical sites; instead, you’ll be shown all the hidden paths and local movie locations with hidden histories and stories that are sure to surprise you. Mr Tsūdō says there are many things that even the local residents don’t realise about their town, so he wants people to experience the local atmosphere and the extraordinary history that only a port town can offer. He will also teach you about the spectacular spots known only to the locals, such as the setting sun that creates a path of light reflected in the sea at Ōhato, or the dusk sky known as “Tomonoura Blue”. Be sure to visit the Tomonoura Museum of History and Folklore in Fukuyama City and see the special exhibits that Mr Tsūdō so carefully prepares. 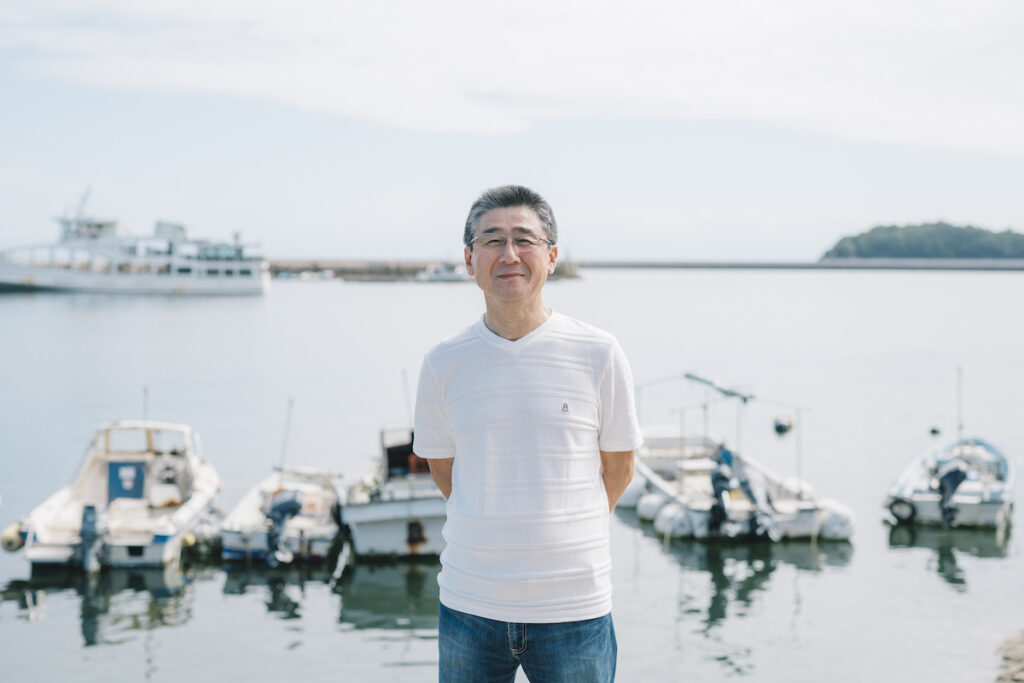 Danjō Makoto is the head of the Community Association in Enoura, one of the former seven towns of Tomo. He is a hero at NIPPONIA TOMO PORT TOWN who helps solve problems at the inn, whether maintaining the gardens or cleaning the rooms. He also is one of our walking guides for the Tomosanpo Walking Tour. Mr Danjō hopes that through telling guests about his experiences of being born and raised in Tomo, they will come to love the town and want to come back or even live here. Through his usual gentle smile, he tells us that it may look a bit over-friendly to people from the city, but he hopes people can experience the deep connections between the people here. 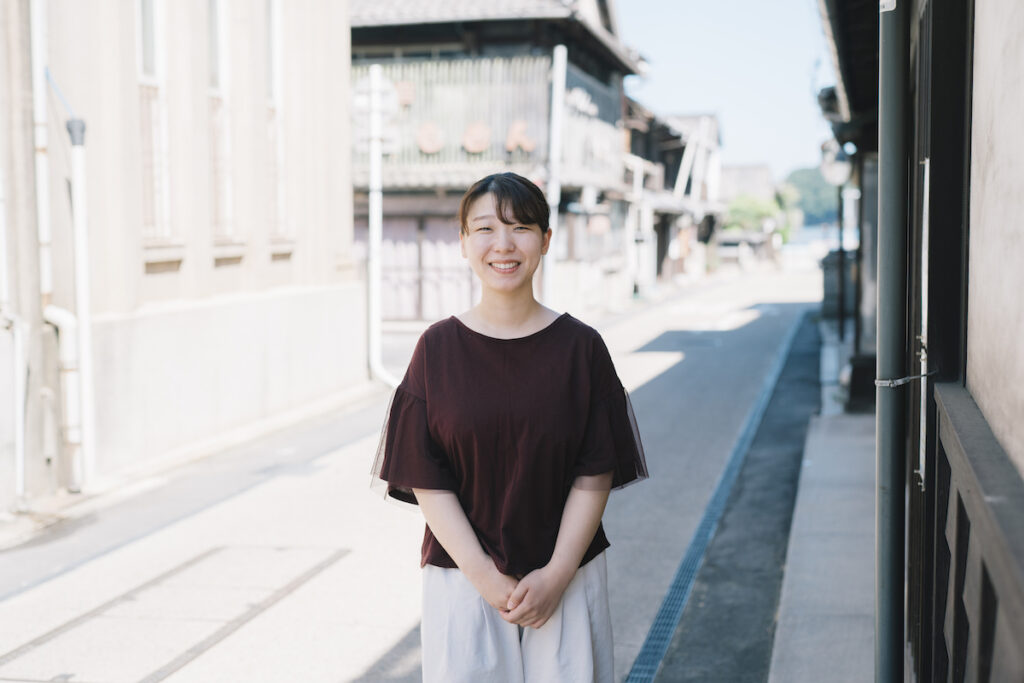 Miki Kanna made a U-turn back to her hometown of Tomo after graduating from a vocational school in Osaka. While enjoying working at her own pace as an illustrator, she is also in charge of cleaning the guest rooms. She cleans the rooms carefully, always imagining how she would like to find the room as if she were staying there herself. She also made sure to point out the seasonal beauties of Tomo, recommending that guests should visit the local temples in spring when the cherry blossoms are in bloom. Another one of her recommendations is to take an evening stroll when tranquillity fills the town. The exceptional beauty of the moon’s reflection on the sea soothes the body and soul.